Could Spain become the same as Bolivia?. Or Is Spain already like Bolivia?

Bolivia lost its coast, in the Pacific War (1879-1883). Perú and Bolivia fought against Chile. Twenty years later. The Peace and Friendship Treaty was signed (1903). Bolivia ceded to Chile  200 Km. of coastline and more than 200.000 S.Q. Km. of its territory. Bolivia has lost its route of access to the Sea for ever.

Spain has only two routes of access to France, and therefore to Europe. Catalonia and the Basque Country. The Pyrinees Mountain Range, 350 Mile, between Catalonia and the Basque Country  are not possible to pass though, because France has decided it is an Ecological Area.
If both regions declare their independence, we will lose our only  rotue o access to France, by Rail and Motorway. We will be like the European Bolivia.

The case of Bolivia

Bolivia is in a weak position in relations with Chile

In 1837 Andrés de Santa Cruz, the President of Bolivia created the Departament of Litoral which was  divided into Two Provinces: La Mar ( Cobija as the main city) and Atacama (San Pedro de Atacama as the main city), in 1868 Antofagasta was the main city in the Province of Mejillones.

Thi legal document recognize Chile´s sovereingty, about the 200 kilometres of coast and more than 200.000 S.Q. Km. of extension that before they belonged to Bolivia. The Bolivian territory covered part of the  of Atacama desert, full of minerals resources.

The last information by the Economy Comision in South America and the Caribean (Cepal), is that Chile has 16,2 million inhabitants, and a Gross National Product of 248.585 million Dollars and 14.367 dollars, Income Per Capital. In the present year , Bolivia has10 million inhabitants and 2.360 dollars of  Income per Capita. 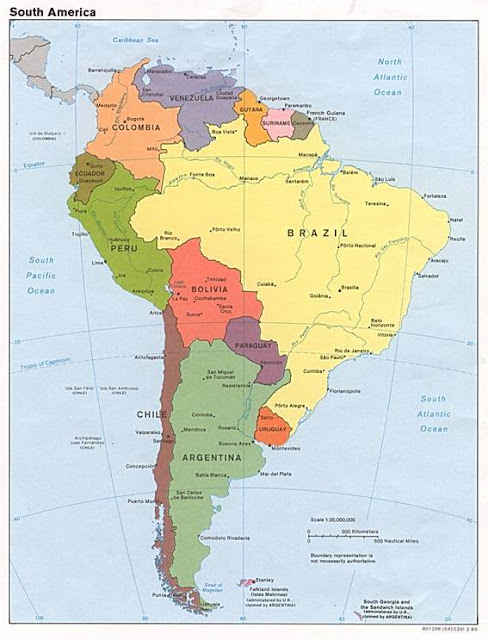 King Juan Carlos I promoted and signed the Spanish Constitution in 1977 which divided Spain in different Regions, Autonomous Regions and Nationalities (Nation without State). He gave the same importance to the Spanish language as the other regional languages. His Tutor Torcuato Fernández-Miranda was not in agreement. He was dismised.

Spain has only two routes of access to France and Europe. Catalonia (Troy 1) and The Basque Country (Troy 2) therefore the Pyrinees Mountain Range (500 Km 2) are inaccessible due to its Ecological biodiversity.

There are only two routes of access to leave Spain for France, one is through the Basque Country and the other through Catalonia.

If the Catalonia and the Basque Country gain their independence, this will be Spain in the same position that Chile left Bolivia, whithout any route of access to France and Europe.

go to War of the Pacific (1879-1904) – Borders of Chile, Bolivia and Peru before and after the war. Notes: the map doesn't include Tacna that was occupied ...

Isabel Allende is a Chilean writer. Allende, whose works sometimes contain aspects of the "magic realist" tradition, is famous for novels such as The House of ...
‎The House of the Spirits - ‎Paula - ‎Daughter of Fortune - ‎Isabel Allende (politician)

1. Juan Carlos I of Spain - Wikipedia, the free encyclopedia
en.wikipedia.org/wiki/Juan_Carlos_I_of_Spain‎

Juan Carlos I is the current King of Spain. General Francisco Franco named Juan Carlos as the next head of state in 1969. He became King on 22 November ...